From Intellect to Intuition

0. Introduction: A Pilgrimage to Montserrat:

The Art of Pilgrimage

Montserrat: Mountain (ecosophy), Monastery (Monad, the One), Meditation (Lectio Divina: contemplation on the Good, the Beautiful and the True)

2. Greetings from an Angel in Montserrat (VBA)

The psychological constitution of a human being.

4. The Threefold Way (Markides) and Psychosynthesis (Assagioli) in the Mountain of Silence

The Practice of the Presence

The proposed journey needs a psychological frame of reference and the means and methods to achieve the healing goal of psychosynthesis. 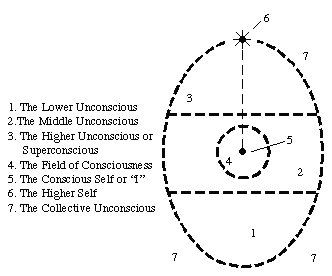 5. Agni Yoga: The Way of Fire for PEACE and HEALING

A Hermit on Fire: Transfiguration (by VBA). Thaumaturgy (IAY): peace (effect of right relations among the parts of a whole) and health. Perfect health = peace of mind.

6. The Threefold Project of the Spiritual Hierarchy

Shamballa and the Kingdom of God (Bell tolling VBA)
The Virgin Mother and the Angelic Kingdom (da Vinci: Madonna of the Rocks)
The Alchemical Magic of Fiery Service (Music: Escolania; Healing service)

Example of postmodern discipleship and the externalization of the Hierarchy

8, Jesazel on the Angelic Kingdom (excerpts)

Collaboration between the Deva and Human kingdoms.

9. The Alchemical Magic of Fiery Service

00. From Postmodernism to Re-enchantment

Lightness of Being. Passion of the Western Mind. Archetypes (archetypal cosmology)

As Above, So Below: The Great Invocation (Atma, Buddhi, Manas) and the Lord’s Prayer. Virolai ~ daily pranayama of Agni Yogi

INICIACIÓN A MONTSERRAT | Time for truth

The Mystery of the Sacrament of the Eucharist

Listening to the Mass from Montserrat this morning, I have delved into another aspect of the mystery of the sacrament of the Eucharist. Previously I had associated it with the commemoration of the sacrifice of the Solar Angel crucified in the material bodies (chalice) of our personalities (blood = wine, ether, bread = physical, astral and mental bodies dissolved by the wine in the chalice).

Today I add to that interpretation the four elements that we have alluded to in our group reflection. The photosynthetic interpretation of the Great Invocation (which I reviewed with you in the World Invocation Day pamphlet) provides the link. Water is the blood; the bread (glucose, starch) is the earth; the air and fire correspond to the word (magic of sound) and to the fiery will (synthesizing) of the alchemist officiant. Transubstantiation is achieved in an alchemy (lab)-oratory: the altar.

Transubstantiation is achieved in an alchemical laboratory: the altar …

I continue today
(after meditating in Mass on the Mystery of the Trinity,  yesterday in Mass):

The bread and the wine represent the two threads of the bridge (rainbow) that precede the third strand that we weave becoming our own path. These two are: the silver thread of life (sutratma, bread) and the golden thread of consciousness (wine).

The third strand is masterfully described by Machado when he paints, sun and scarlet, subtle, weightless and gentle worlds, which allow us to fly under the blue sky, until it suddenly trembles and cracks, like soap bubbles.

The illusion of time and space breaks down. Everything is past and still now, because the present need to pass, leaving trails in the sea of space (bread) and time (wine).

… this is how the third strand of the rainbow of light and love is woven, with the Word of Power of our own life, sacrificed on the altar of ephemeral experience and eternal service.

Water is the blood; the bread is the earth; the air and fire correspond to the word (magic of sound) and to the fiery will (synthesizing) of the alchemist officiant. Transubstantiation is achieved in the oratorio of the  alchemical altar.

I wish you a meaningful full moon in Gemini (tomorrow, May 29th), World Invocation Day, tainted by the pain of conscious life in a dying world, baptized by the igneous joy of recognizing that every illusion, like pain, subsides and, in waning, the Reality of Goodness, Truth and Beauty grows and shines. JB