Objective: To individualize the 24-hour circadian rhythm of the 12 acupuncture meridians of the Traditional Chinese Medicine (TCM) model,

http://lieske.com/channels.htm
[diagram not drawn to scale]

with the 12 houses in timed natal charts on the fifth harmonic.

Method: Weaving an internally consistent narrative of symbols relating western astrological precepts (12 houses, Sun, Moon and the 5 Ptolemaic planets: Mercury though Saturn) with the five elements of TCM and the 12 acupuncture meridians.

2.2 The reverse of the three states of matter (solid, liquid, gaseous), with the solid state comprised of two sub-phases (Wood and Earth).

2.3 The (alchemical) transmutation of Wood into Earth is activated by Fire.

3.1 The arms, not the head, are the highest anatomical location in TCM. The esoteric history of the evolution of the human race

may suggest that the head centers were not the focus of attention for the average population at the time when TCM and acupuncture were established as a healing practice. It is possible that the solar plexus served as the physiological brain at prior stages of human evolution.

3.2 In astrology, the arms and hands, as well as the lungs, are ruled by Gemini. So, the choice for the lungs to lead the sequence of three major meridians symbolically projected into the twelve zodiac constellations.

An astrological model for the three meridians of acupuncture
applied on a fifth harmonic birth chart.

[Note that the four astrological elements are different from the 5 phases, also called “elements,” in TCM.]

4. There is an offset of two tropical signs between the zodiac constellations (e.g., Aries – Gemini) and the tropical signs assigned to each of the 12 minor meridians comprising the 3 major meridians of acupuncture. A tropical sign corresponds to a house in the birth chart. A fifth harmonic chart seems ideal for an initial exploration of the astrological model given the importance of the pentatonic scale in the TCM model.

5.1. The best goodness-of-fit in the  new model is between the Heart Meridian in Leo and the Small Intestine in Virgo. They serve as the fulcrum of the whole model around which all other meridians are fitted.

5.2 The worst goodness-of-fit in the model is between the Triple Heater meridian (Fire) in Capricorn (Earth).  However, Capricorn is the vertical Father polarity in the Cardinal Cross, associated with the skeletal system -the vertebral spine, in particular, as it relates to the kundalini fires. Furthermore, in our model, Earth and Wood are considered as sub-phases of the solid state of matter, transmuted by Fire.

5.3 Other sub-optimal instances of goodness-of-fit are worth mentioning upfront.

5.3.1 The Large Intestine and Taurus may need a reinterpretation of the excretory function of the voice, associated with the neck, traditionally ruled by Taurus. The vulgar expression when nonsense is spoken (bulls##t) may be related to the 3-7 am meridian partners.

5.3.2 There are two nadis points associated with the stomach (dual solar) plexus.

There are two points of vital light within the solar plexus centre, which makes this centre of dominant importance and a clearing house for the centres below the diaphragm to those above it. One of these points of light is connected with the lower psychic and astral life, and the other is brought into livingness by the inflow from the head centre. I would here remind you that the centres above the diaphragm have only one vital point of energy, whilst the centres below the solar plexus also have only one, but that the solar plexus itself has two points of dynamic energy—one most ancient and awakened, being expressive of the life of the astral or lower psychic body, and the other waiting to be brought into conscious activity by the soul. When this has happened, the awakening to the higher issues of life makes the disciple sensitive to the higher “psychic gift waves” (as the Tibetan occultists call them) of the spiritual world. –DINA II, p. 114

5.3.4 The cleansing of the Augean stables and the redirection of currents in the 11th Labor of Hercules, could be associated with the gall bladder function in Aquarius.

5.3.5 The final synthesis (transformation, death) attained in Pisces could be associated with the biochemical synthesis produced in the liver (chemical death, or burning, of substance transformed into another substance).

6. The traditional rulership of the five phases in TCM (Mercury-Water, Venus-Metal, Mars-Fire, Jupiter-Wood and Saturn-Earth) is an additional layer of the model, not to be conflated with the rulership of the astrological signs (5 planets, the Sun and the Moon).

7. An example (chart above) applying the principles of the new astrological model on a patient with liver dysfunction (fatty liver, with burning sensation over liver area). The Moon and Pluto on House 12 (ruled by Jupiter), with Jupiter in a stressful square angle with natal Sun.

The previous work of Trudy Wendelin is acknowledged.

2. The organs below the diaphragm were developed in the Lemurian and Atlantean epochs. The Chinese race belongs to the fourth root race (we are in the fifth; the Mongolians are the 7th sub-race of the fourth root race). What is now autonomous in the human organism may have been subject to conscious attention / regulation in previous periods / races, either by new development or by recapitulation. 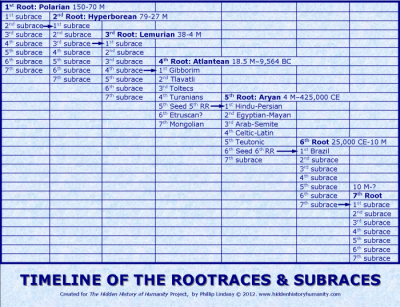 3. The spleen (below the diaphragm), receiver of solar and planetary prana (vitality), is the bridge between: a) the etheric body and the dense physical body, and b) the cardiac chakra (different from the physical organ of the heart) currently concentrating and conducting the vitality (life aspect) of the individualized soul in the human being. Currently, there is a close relationship between the spleen and the cardiac chakra.

4. The centers of the head (coronary-pineal, ajna-pituitary, alta major-carotids) were not the focus of attention of the fourth root race (therefore, my conjecture is that the brain was not specifically mentioned among the 12 meridians of acupuncture, with the exception of the cranial nerves, because the plexus solar served as the “brain” of the organism).

5. The relationship of the spleen with the two kidneys forms a very important triangle in the physiological regulation of the lower chakras (below the diaphragm, kundalini energy). This may explain the importance of the meridians associated with the kidney and the bladder in acupuncture, which are much longer relative to other meridians.

6. Premature stimulation of the Kundalini energy is advised against in occult meditation. However, the organs below the diaphragm may be subject to medical intervention (endocrinological: adrenals, gonads; TCM: acupuncture) for regulation.

7. Acupuncture may be considered one of the complementary modalities recommended in the AAB-DK book Esoteric Healing (EH) to treat illnesses and mitigate pain in the physical plane. However, the primary attention of EH is directed to the psychological (“inner”)  causes of the diseases with the purpose of preventing them at a “higher” level (relative to the physical-etheric plane, i.e., astral, mental; see study guide). The correlation of emotions with the organs in TCM could be considered a first attempt to link these “higher” (psychological) causes with the diseases.

In casting the horoscope of a human being who is born in a particular month, however, it should be borne in mind (which it seldom is) that now the month and the sign do not coincide at all. The sun is really not in Leo, for instance, during the month of August. The correct interpretation therefore of a chart is largely psychometrical and dependent upon the thought-form of the constellation which has been built up for ages by the astrologers. Energy follows thought. For thousands of years certain types of energy and their consequent qualifying effects on substance and form have been considered to be thus and so. Therefore, thus they are, except in the case of the highly evolved, of the true aspirant who has oriented himself, and is thus escaping from the wheel of existence and beginning to govern his stars, and so is no longer under their rule and domination. –Treatise on White Magic, p. 437.

I seek to lay the ground for a somewhat new approach—a far more esoteric approach—to the science of astrology. … It is intuitive astrology which must eventually supersede what is today called astrology, thus bringing about a return to the knowledge of that ancient science which related the constellations and our solar system, drew attention to the nature of the zodiac and informed humanity as to the basic interrelations [Page 4] which govern and control the phenomenal and subjective worlds. –Esoteric Astrology.

Tonal system and its theoretical rationalization